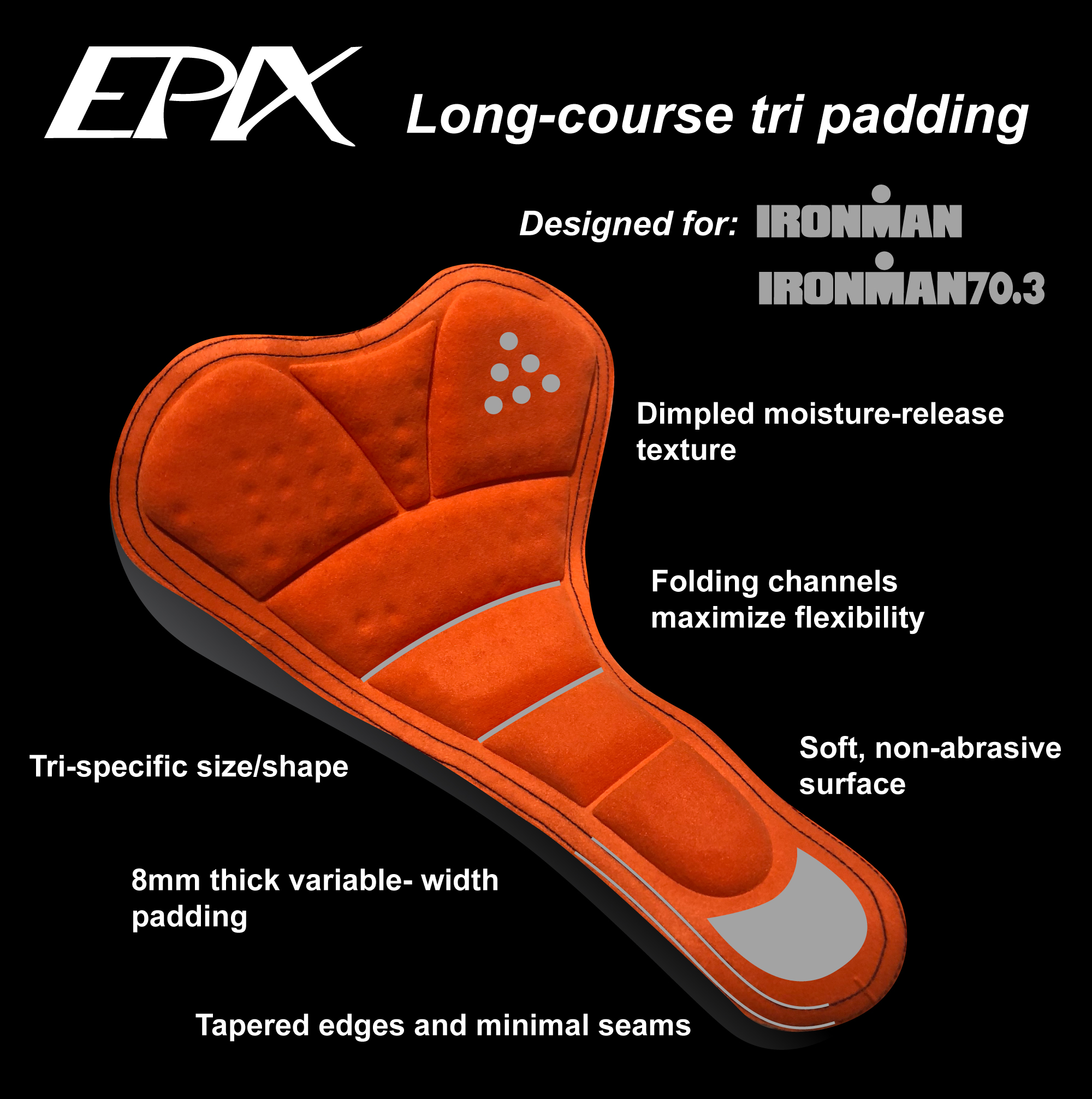 What makes a good tri chamois?

We’ve all been there- halfway into a long ride and that’s when the discomfort starts. Whether it’s saddle sores, chaffing, or pressure, the results are always the same; your ride is ruined and you hate life all the way back. While the vast majority of saddle sore issues can be resolved simply with lower saddle positions (3-5 mm lower is generally all it takes), a appropriately-fitted saddle, and/or light use of anti-friction creams, the problem will persist if the root cause is a poor-quality chamois. This is especially true for triathletes because oftentimes brands attribute “triathlon” to mean shorts with thinner, less advanced padding.  Tri-specific chamois have come a long way in the past 10 years. But some brands remain in the past.

But apart from flipping a pair of shorts inside out and squeezing the pad, do you know what to look for in a good tri pad? 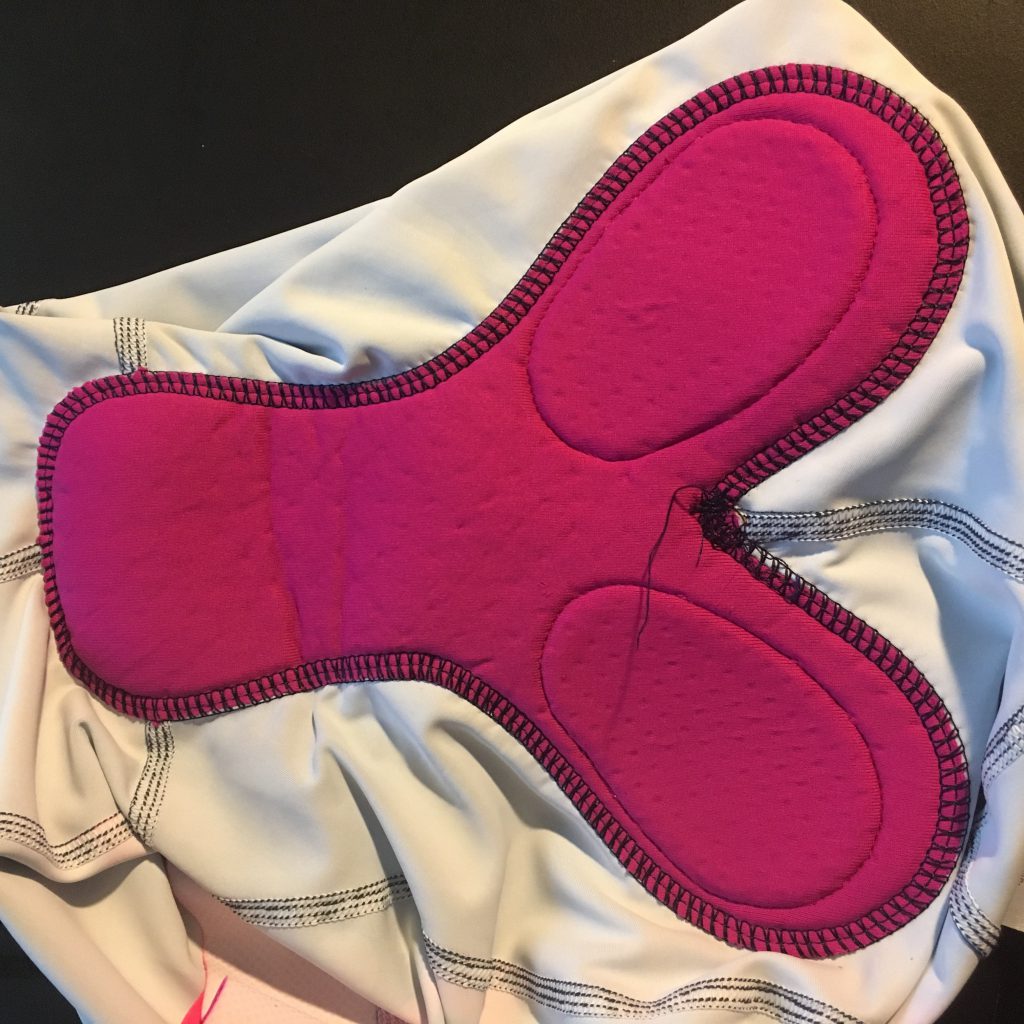 This image shows an example of a pad which is sure to cut you up. Thick seams along the edges can act like razor blades to the skin and additional seams on the interior of the pad that do not channel sweat results in a case of a constantly wet butt . By contrast, the Epix chamois below shows how it should look- a minimal stitching on the outer edges. Tapered edges do soften any ridgeline, no stitching lines whatsoever on the internal parts of the pad, and defined and well guttered moisture lines that also function as pivot points on the pad when rotating to and from aero position.

How thick the actual padding is varies greatly between brands. Pictured above is Epix’s men’s cycling chamois, note the distinct differences in sweat channeling, shape and width than our Tri pad. This is because there are unique demands on a cycling specific pad than a more dynamic tri pad. Namely – a much less aggressive seating position, the lack of being previously soaked from a swim, and even considerations towards the seat styles of road bikes to tt bikes. Bike seats have tended to get harder and harder, the amount of padding provided on tri-specific chamois hasn’t changed much over the years. Tri pad options tend to hinge on individual athlete preferences rather than an industry-wide trend.  While some triathletes like the minimal fleece or polyester soft chamois (which is just an extra layer of fabric), others feel the foam micro-polyester style pads offer more comfort (and much more padding).

Most molded tri chamois range between 2 and 6mm of padding. 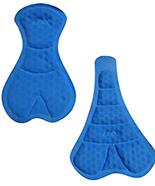 Epix tri chamois offers the highest amount of foam padding in the industry, which a variable thickness up to 8mm on the sit bone and forward regions. This is because we felt in large part competitor pads never felt comfortable enough during long rides or full-distance events. A benefit of molded pads, and why you see them increasingly in triathlon, is because we can control the mold density in key areas of the pad. Much like you see some cycling pads have firmer area’s near the sit bones, for triathlon, we can tailor the density to best suit triathlon-specific applications- ensuring a pad that provides support while also being crucially flexible during the run. The key is maintaining sufficient padding to relieve saddle pressure and keeping your feet from falling asleep. A chamois is not, by design, to be a soft Cadillac to an otherwise uncomfortable seat or seating position. Your apparel works in tandem with a well fitted and comfortable bike.

In general, keeping moisture away from your skin is the best way to keep it from breaking, which creates chaffing and sores. A good tri chamois will have the same functionality as most high-end cycling chamois have- a construction which allows moisture and humidity to escape. This is especially important for triathletes as you’re wet when emerging from the swim, hence the skin is immediately softer and more susceptible to chaffing. You can tell if your chamois has moisture-wicking function by checking if there are clearly-defined channels within the pad for moisture to escape, as well as a dimpled texture underneath the top layer. Some pads are pierced with small holes- this can also be effective. The Epix molded chamois is a good example of a quick-dry construction. If you race in very hot/humid conditions, this is especially important for you. 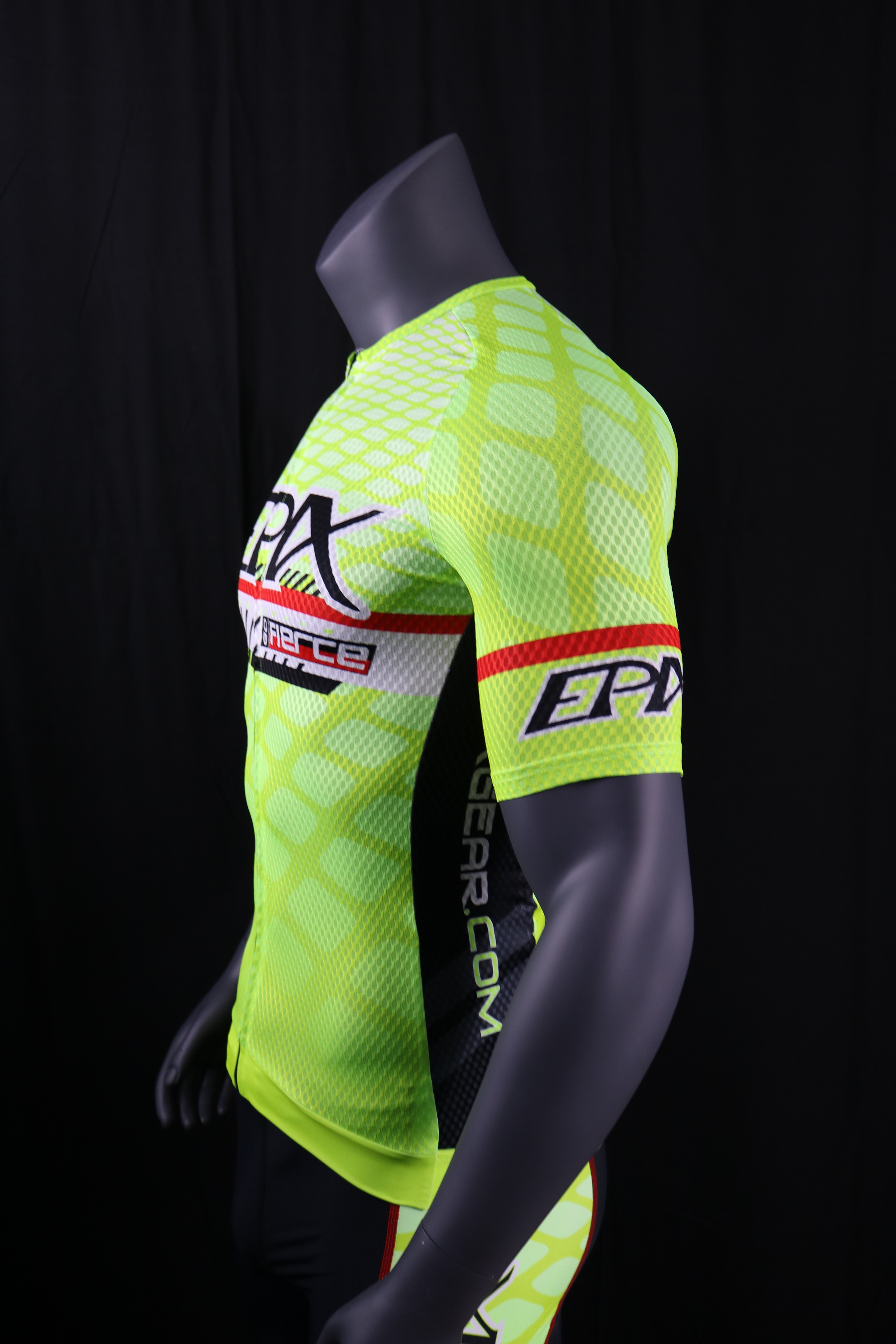 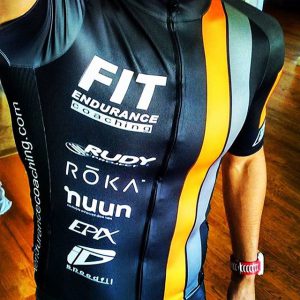 We've come a long way from our Gen 1 product - pictured to the left. Back then we used Askin on the front and the sleeves. Great fabric - but we realized we want lighter, faster for this product.

The Short Sleeve Tri Top is a great product and very versatile for an athlete's closet.  It's designed for triathlon, but the 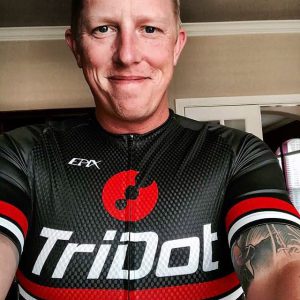 comfort of being just a top allows us to pair with tri shorts or cycling shorts depending on the training load and its currently the lightest sleeved jersey we make - so if you're looking for the best hot-weather sleeved top for the bike this is it. Gen 2 pictured to the right showed our marked improvements in front material - zero collar, and improvement on fit.

Generation 3 is building on this momentum - marking further improvement on the pattern and doubling down on making this the lightest, most breathable tri jersey we can make. Following similar material updates to the GoFierce Aero short sleeve 1 piece, we focused on improving the material weight, moisture wicking, and temperature control. The results are impressive. 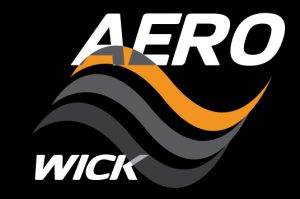 Aero Wick replaces the original Askin material on the sleeves - providing a tighter "painted on" fit while not increasing the tension of the sleeve. The lighter weight Aero Wick is more stretchy and dimpled - resulting in quicker drying and improved aerodynamics as well.

Our new Kite material on the rear panel was a big change that required us to tweak the pattern numerous times. 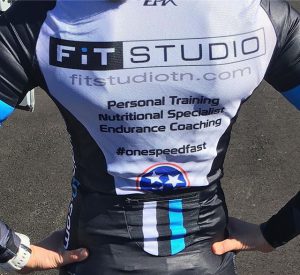 and getting our pattern just right to ensure a perfect fit without added tension pulling on the sleeves, arm pits, or hips can be terrible. Each time we update a material, though it might seem simple, each new material has a different level of stretch that can often be a dramatic change in the shape of the panel before stitching. We are sticklers for ensuring the fit and feel Epix is known for - and the results in the Generation 3 jersey is the same perfect fit with the drastically lighter and more breathable new material. You'll tell the difference immediately.

Our Personal favorite product is now even better, and looks even more badass than before. We can't wait for you to get your hands on it, order today =D 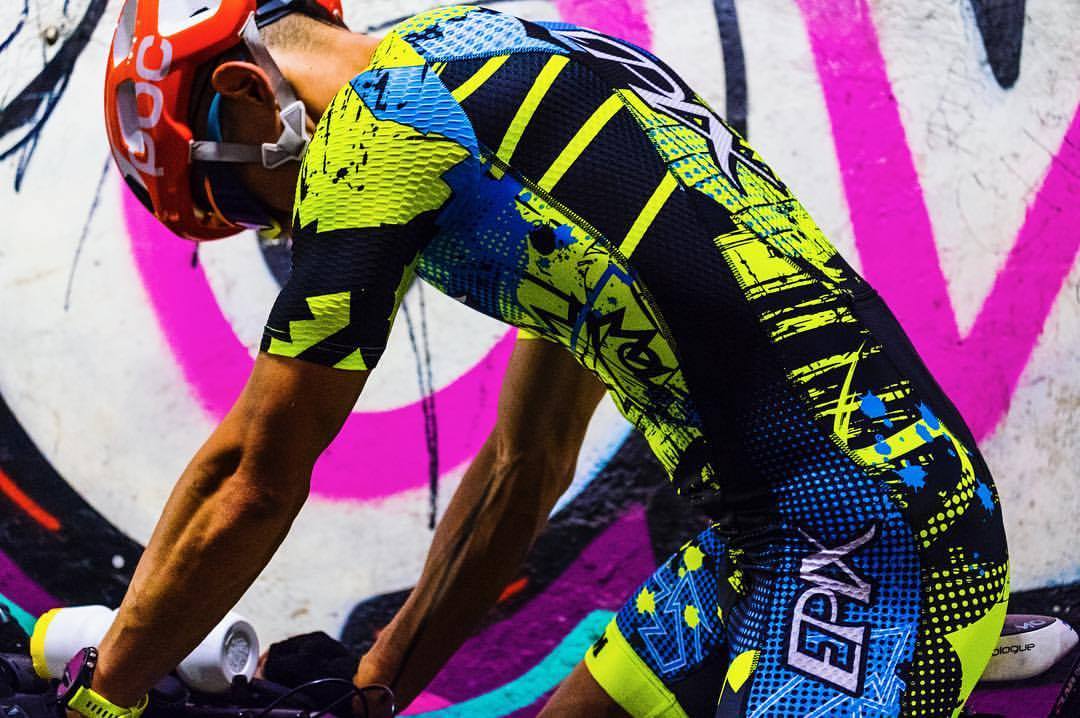 At Epix Gear we are triathlon first. That focus means that each of our triathlon products is constantly being reviewed and considered for improvements. As triathletes we are racing in our gear and asking ourselves - can this be better?

2016 was our initial release of our short sleeve products. Our custom clients, brand ambassadors, and sponsored pro's have all been racing in our first generation product for months now and we were able to put together comprehensive feedback on the pattern, its performance, and note improvements. Coming into our product development season the goals for updating our suit was make it lighter weight, and shed more heat for our athletes racing in the hottest races.

The result is our new 2nd generation GoFierce Aero Trisuit.

We've updated the sleeve to our dimpled Aero Wick fabric,

already used in GoFierce product lineup as the side panel material.  The result is improved moisture management along with a more personalized " painted on" fit on the arms. Aero Wick has a larger stretch than our previous Askin material - which gave us some pattern challeneges during prototyping but with the appropriate tweaks we now have an even better sleeve that can curve and contour to more athlete's bicep shapes. Aero Wick is significantly lighter, even when wet, while retaining the same SPF protection as our original Askin sleeve - a winning combination.

To improve our hot weather heat mitigation -we looked at the most important panel of a tri suit - the back. Our first generation GoFierce Aero Trisuit used our Air Mesh fabric - lightweight and breathable, a great option that provided a great amount of stretch to fit snugly on the body in aero position. But during extreme humid and hot scenarios the Air Mesh would get wet and stick to your back a bit too much.  Our goal was to update the material and further improve to make this area with the goal of having it feel like there was no material on your back at all.

e're pretty happy with the results! We sourced an entirely new material, Kite

, which is significantly lighter weight, quicker moisture absorption, and faster drying than the Air Mesh it replaces. It is thinner, but still retains SPF protection and strikes the balance we were hoping for and the fit/feel we wanted.

Generation 2 is being made available now in our retail items and is being implemented on all our orders for Individual Custom and Team Custom.

Our best, most advanced triathlon suit is now even better. 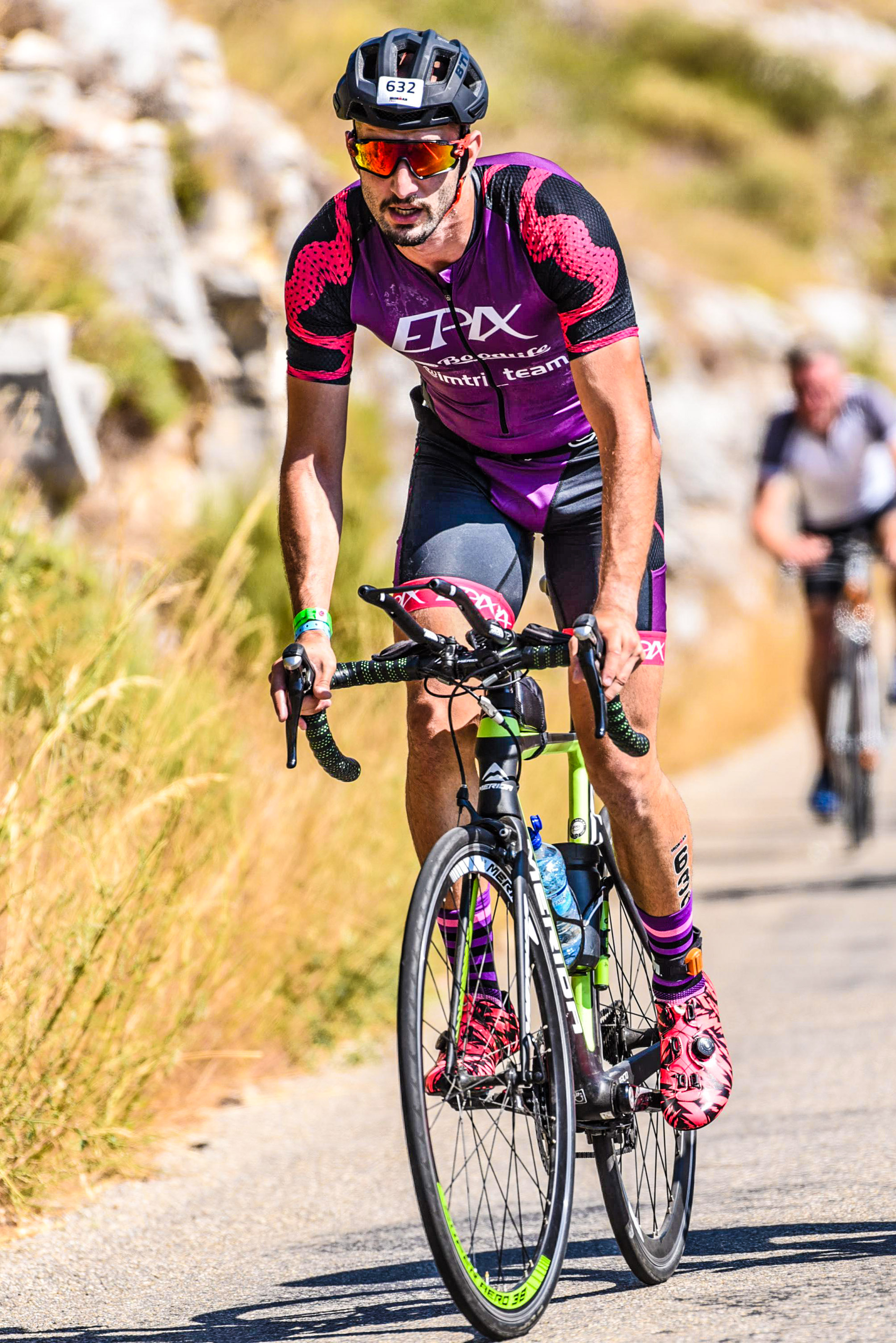 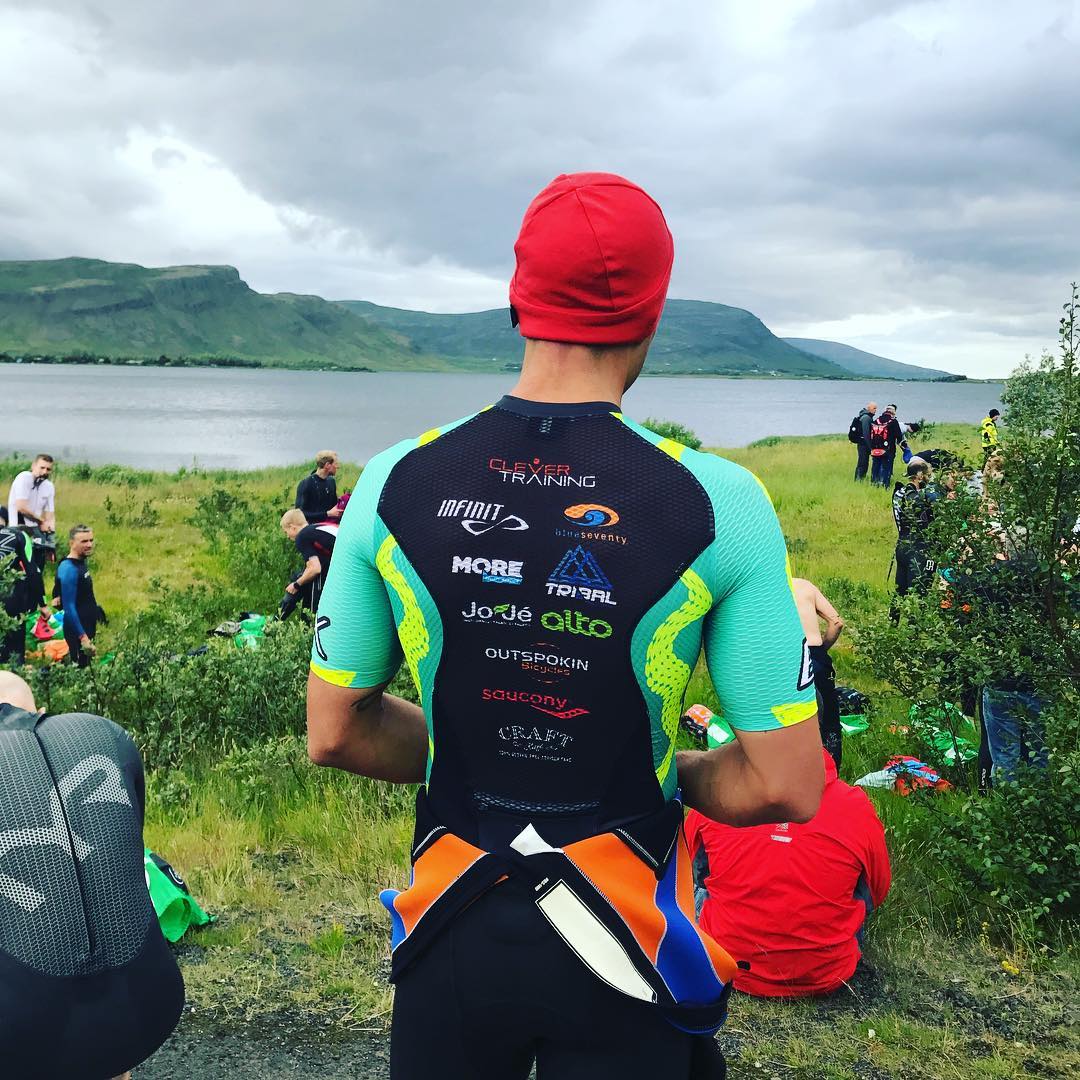 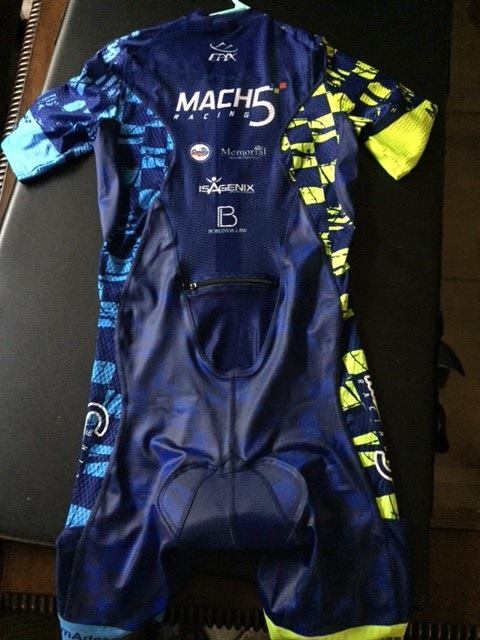 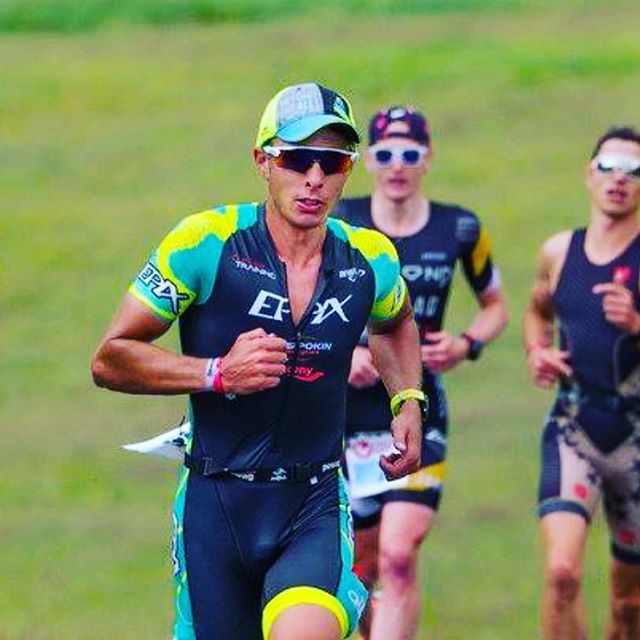 No more pages to load

Back to
Login
×
Close Panel

Item added to your cart

Continue Shopping Go To The Cart